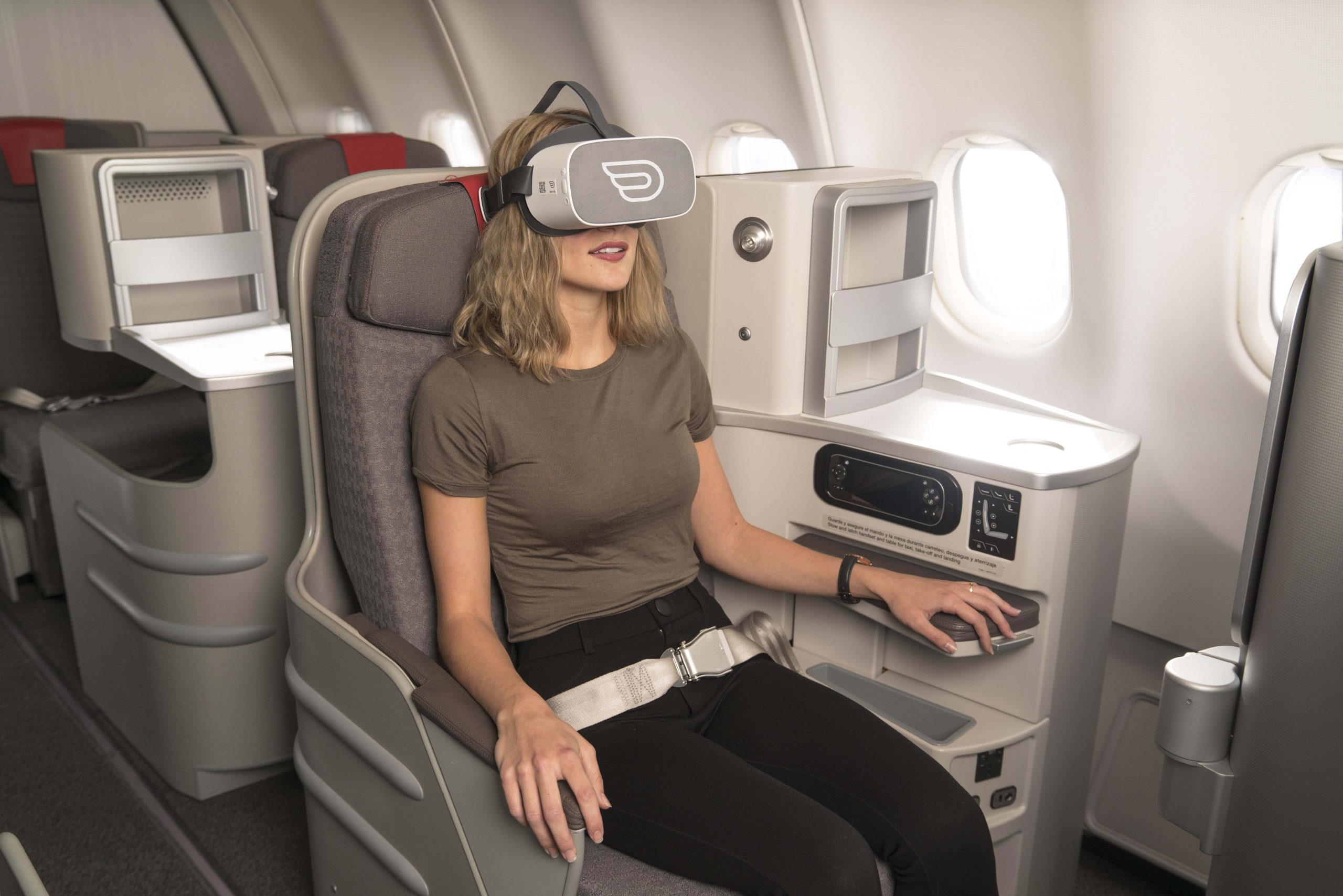 By VR 360 | 19th February 2019 http://www.virtualreality-news.net/
Categories: AR, Brands, Platforms,
VR 360 is a news, analysis and opinion site devoted to virtual reality technology, promoting thought leadership from leading brands and platforms and collaborating with industry bloggers to deliver insight, reviews and strategy for all aspects of the ecosystem, from developers to CIOs.

Spanish airline Iberia and German VR tech firm Inflight VR have collaborated to incorporate the latter’s technology in the airliner’s fleet. After completion of trials, VR glasses will be available on Iberia’s two daily flights to New York, operated by A350-900 aircraft and the Madrid-Tel Aviv route, offered every day with an A330 -200.

The agreement between the companies will last for six months, which will be renewed and implemented to other long and medium-haul routes of Iberia after the evaluation results of the trial phase. Currently, the flights offer the second-generation Pico VR glasses that can be rented as part of the offer of duty free products.

Ignacio Tovar, director of digital transformation at Iberia, said: “We met Inflight VR through Hangar 51, the program of acceleration of start-ups launched by IAG. Since 2017, we have worked together to find a virtual reality solution that we could adopt on board our aircraft in order to offer a new experience to our customers. An important part of the digital transformation of Iberia includes incorporating new technologies and digital innovation during the entire trip with Iberia, from the moment in which the client plans to buy a ticket until it reaches its destination.”

This publication has reported variously on initiatives the airline and travel industry has undertaken to incorporate virtual and augmented reality. In November online travel agency Travelocity announced its mobile app would offer an AR experience around users’ photos and videos, while in July Emirates announced it would be the first airline to introduce web-based VR to its digital platform.