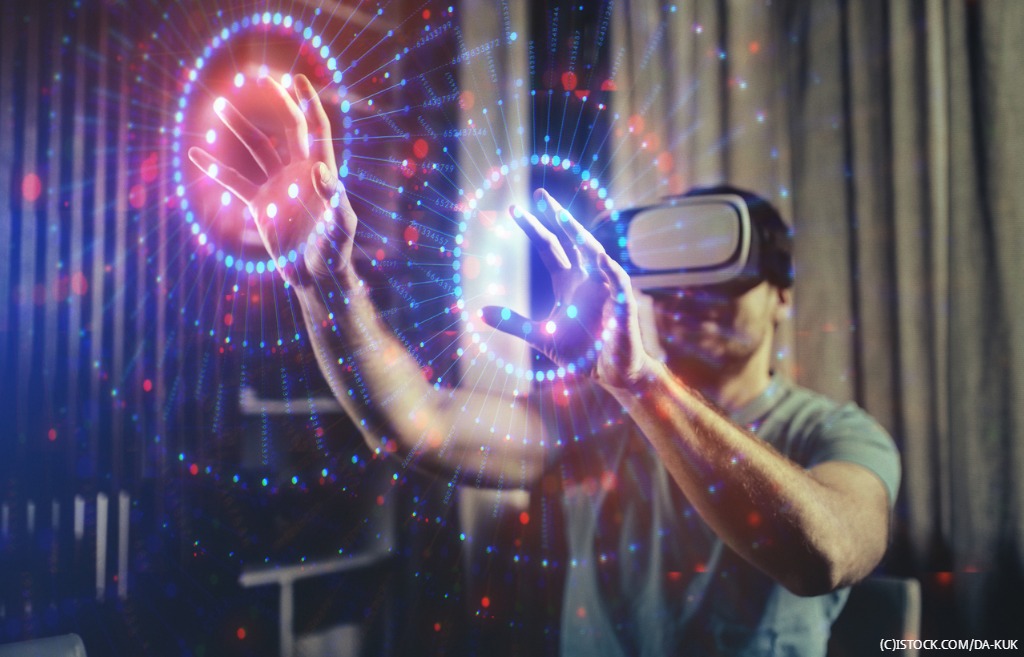 Extended-reality (XR) technologies suggest a future of cinema-calibre, interactive content that enhances our physical environment in inspirational and useful ways. The positive potential of XR is vast, and many applications are clearly beneficial, especially in vertical markets.

The experience of using an augmented-reality (AR) headset on an assembly line, for example, so as to superimpose digital content over the physical environment in order to aid performance and safety, is a finite and circumscribed user experience. Similarly, an AR system for a museum or another specific venue is bounded in intent and effect.  In digital healthcare, AR could change almost every aspect of medicine, but again, the enhancement is focused on specific tasks. The illusion is perceived as illusion.

Because vertical applications of AR are so immediately compelling and useful, it often makes sense (or is necessary) to use digital eyewear. But because the smartphone provides an already-owned window into AR content that’s good enough for current consumer-focused AR applications, the mainstream interest in general-purpose AR eyewear has been disappointing; affordable, wide-field-of-view hardware and content haven’t evolved yet, and the pro-eyewear argument is usually based on its hands-free appeal.

But there is another big advantage to eyewear besides the ability to free up the hands: using eyewear completely changes the nature of discovery, in that one doesn’t have to know there is enhanced content somewhere in order to perceive it.  Content simply appears in the normal field of view. Such full-time AR enhancement, which would involve digital eyewear subsuming the functionality of today’s smartphone, analog prescription eyewear, and laptop, as well as everything we currently do online – could change the entire XR space.

In such an environment, XR could be catapulted into mass-market, general-purpose ubiquity, especially when considering its inevitable convergence with several related technologies. The Internet of Things (IoT) – including sensors in the physical environment and on the person – will capture huge amounts of continuous health and behavioral data from the user, and artificial-intelligence and machine-learning technologies will be able to generate and display increasingly personalized content based on vast and numerous sources of data and information – health, commercial, social media, etc. It is conceivable that a user would routinely be running several interacting experiences at once.

In contrast to vertical applications, full-time general-purpose AR quickly becomes an ethical morass, more like VR; and the more believable the illusion, the more serious the issues. It is one thing to hold up a phone and experience enhanced content, which is obviously separate from us, or to work in retail using digital eyewear to superimpose content over the merchandise, where the enhancement is specific and task-oriented. But it is very different to put on glasses in the morning, wear them all day, and constantly be fed AI-curated content based on historical and real-time data; at that point, it is more like full-time VR with a physical-world component.

Given the consumer’s unquenchable desire for convenience and industry’s desire to give us what we want, it is plausible to assume that the “filter bubble” phenomenon we see online will be greatly exacerbated in an XR environment. Perceived threat and offence in an immersive world of photorealistic illusion are bound to be greater than what one might experience in the comparatively genteel comments section of a modern news site.

If users want to limit their exposure to only what they want to be exposed to, and it is clear that this impulse exists on a large scale, then the stage is set for a world in which a person spends all day in a misleading, AI-curated, antiseptic version of the real world, with all the rough edges scraped away. This is a world that positions the psychological phenomenon of confirmation bias as the dominant intellectual mode – we are already seeing the signs and probably engaging in it ourselves. In such an environment, democratic institutions could be threatened, and strife could deepen. The creativity that yields great art and the very inventions under discussion could be threatened in a world where disruptive and unconventional thinking are deprecated. And the fabric of a pluralistic society could be torn if the citizens no longer feel anything in common with those who see things differently.

An XR environment that increasingly sculpts our perception of the world might well inflame whatever social dysfunctions and inequalities already exist, given this understandable human tendency to ignore what we don’t like and experience only what confirms our beliefs. XR, IoT, and AI technologies, as they evolve around and through each other over the next generation, will give us the unprecedented opportunity to do just that.

Now is the time to address these thorny issues in a way that hopefully informs the development of the constituent technologies as well as public policy. Today’s mainstream discussions surrounding social media and big data are a gift to the XR development community, in that they reveal relatively manageable versions of the similar but far more exaggerated issues we will confront in a world of full-time sensory illusion.

At the Augmented World Expo USA 2018, IEEE’s panel “Immersive Experiences, Applications, and Non-technical Impacts,” will look at issues surrounding the implications of this wave of related technologies on May 30 at 1:30 pm PT. For more information on these emerging technology areas, please watch “Mixed Reality—The Future of Our World.”