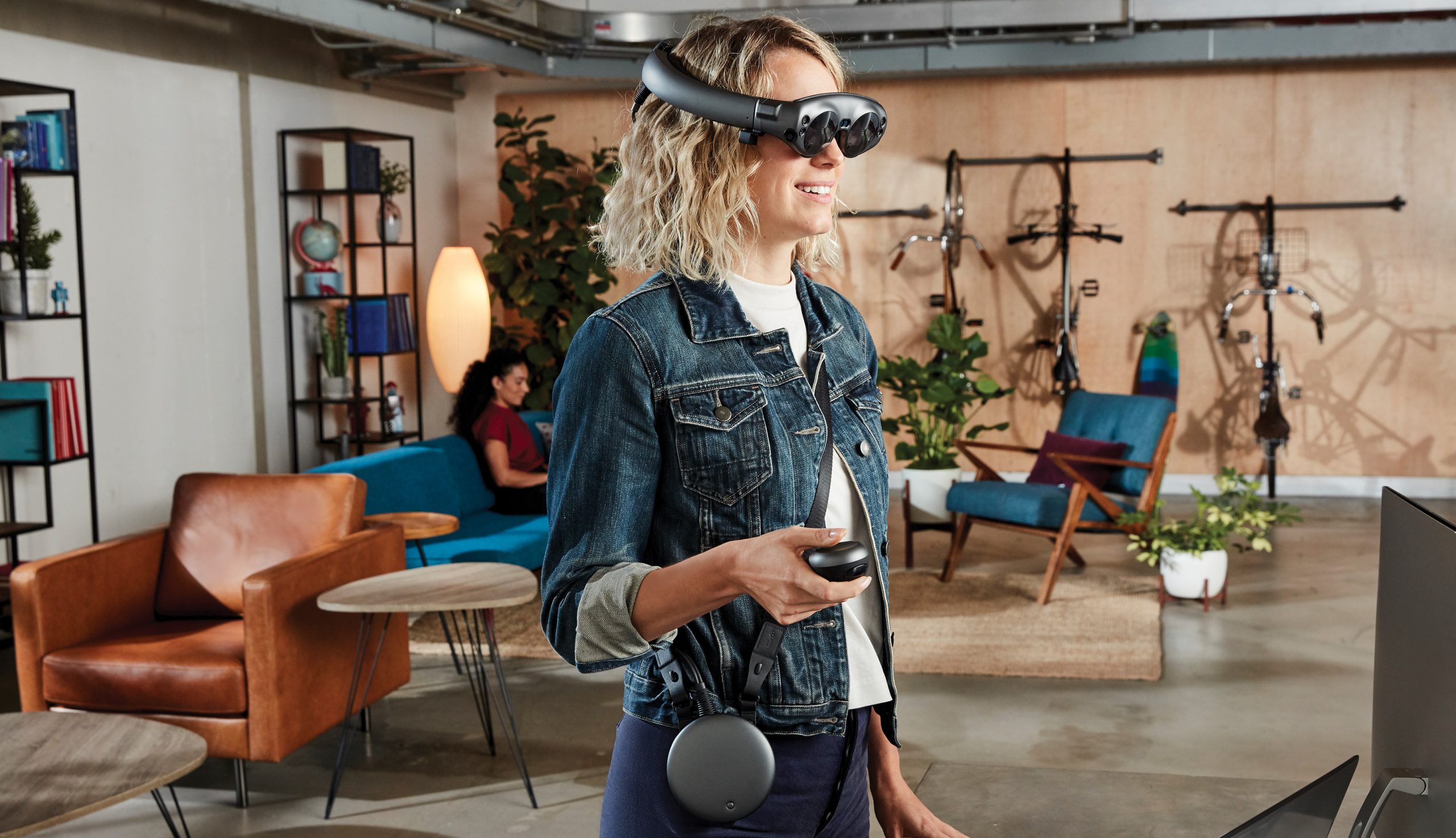 By James Bourne | 10th August 2018 | TechForge Media http://www.cloudcomputing-news.net/
Categories: Applications, AR, Devices,
James has a passion for how technologies influence business and several Mobile World Congress events under his belt. James has interviewed a variety of leading figures in his career, from former Mafia boss Michael Franzese, to Steve Wozniak, and Jean Michel Jarre. James can be found tweeting at @James_T_Bourne.

It has certainly taken its time – but Magic Leap has finally taken the leap and announced the availability of its augmented reality (AR) headset.

The Magic Leap One Creator Edition, in the words of the company, is ‘a spatial computing system that brings digital content to life here in the real world with us. Its unique design and technology lets in natural light waves together with softly layered synthetic lightfields, enabling creators to build unbelievably believable interactive experiences and create worlds within our world.’

Putting the breathless promo copy to one side, the software ecosystem inhabiting the Lightwear headset certainly makes for interesting reading. The Helio browser promises 3D web experiences, while the LuminOS operating system features machine learning capabilities, and the connections are powered by Twilio.

The price, which starts at $2,295 USD, will also raise a few eyebrows, although the package comes with the Lightpack computing pack, a handheld input device, chargers and a quick start guide. The product is available only in limited quantities to developers in the US right now, with more countries and cities being made available in due course.

“You’ll have access to all-new applications and experiences, including a set of core applications that make up the foundation of our spatial computing platform,” the company promises, adding: “And this is just the beginning.”

Regular readers of this publication will remember that working out the company’s roadmap was something of a puzzle in itself.

By October last year, Magic Leap had raised $1.8 billion, the most recent injection being $502m in series D equity funding. All that was known was that ‘the company could be launching a device called Magic Leap One’, as this publication put it. Just before the end of last year, pictures arrived of the headset, with promises that the Creator Edition would be released in early 2018.

In February, more information came out about the company’s strategy, thanks to an appearance from CEO Rony Abovitz at the Code Media conference. Abovitz noted that a project was in the works involving publishers, as well as a collaborative partnership with a major telecommunications company.

You can find out more about the Magic Leap One Creator Edition here.