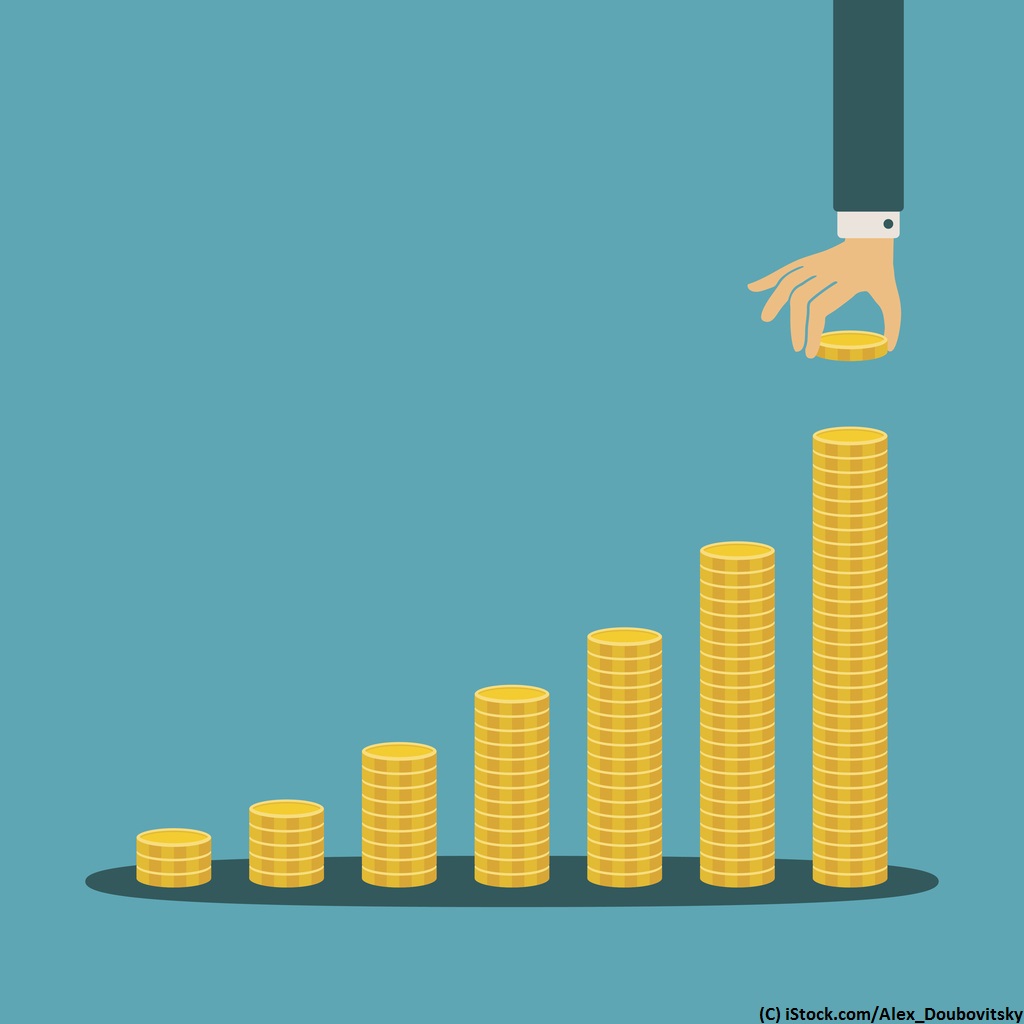 By Colm Hebblethwaite | 14th December 2017 | VR 360 https://www.virtualreality-news.net/
Categories: AR, Research,
Colm is the editor of VR 360, with a mission to bring the most important developments in technology to both businesses and consumers.

2017 has been a bumper year in terms of investment for the AR/VR sector, and the pace of money coming in has picked up substantially in the last quarter.

According to the latest figures in Digi-Capital’s Augmented/Virtual Reality Report and Deals Database, startup leaders across 27 AR/VR sectors raised $1 billion in capital in Q4 2017. This brings total investment in 2017 to $2.5 billion in 2017, meaning that a whopping two-fifths of the total investment in the sector has come in October and November.

According to the consulting company this is the second time that investment has hit the million-dollar benchmark in a single quarter.

Three quarters of the Q4 total went to huge mega-deals like Magic Leap’s $502 million and Niantic’s $200 million. The remaining money was invested in VCs into smaller rounds.

A third of all investment went into technology, just under a quarter going to smart glasses (principally because of Magic Leap).  Games took a tenth of the total investment, with significant amounts also going to AR/VR navigation, photo/video peripherals, entertainment and social. 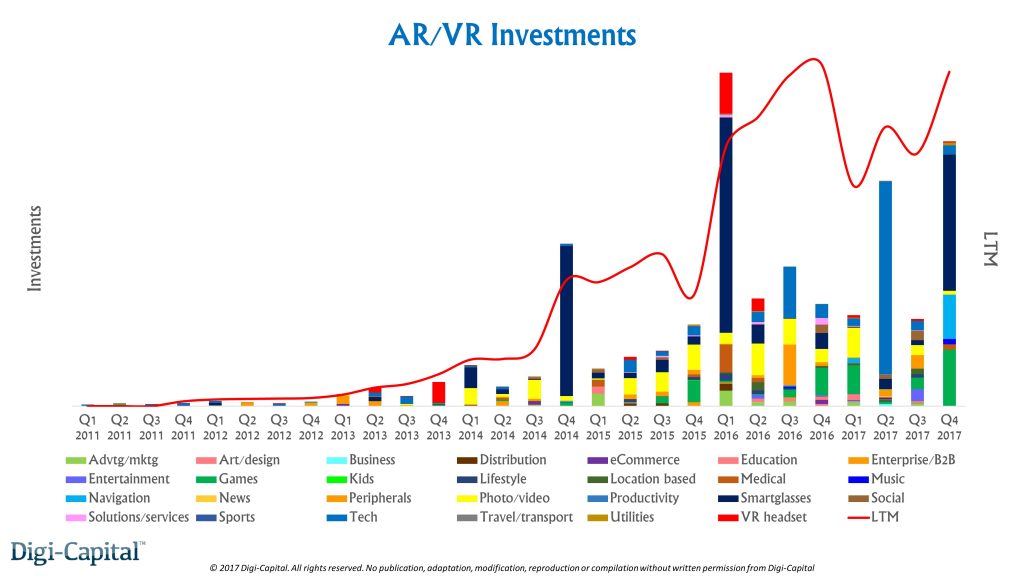 The AR/VR sector is attracting interest from all sides of the VC spectrum, from smaller funds specialising in early-stage startups to global megafunds with billions of dollars at their disposal.

The key developments that seem to be spurring this surge in investment are the emergence of mobile AR as a viable option for companies and advancements in computer vision tech and machine learning software. These two developments are bringing a wider range of investors to the table.

The cool-off in VR investment experienced at the start of 2017 seems to be being counterbalanced by an uptick in AR-related investment. Between them, ARKit, ARCore and Camera Effects (Facebook) could by installed on 900 million devices by the end of 2018, and Digi-Capital thinks this could rise to a giddy three billion by 2021.

AR startups could take as much as another 12 months to scale in revenue terms.