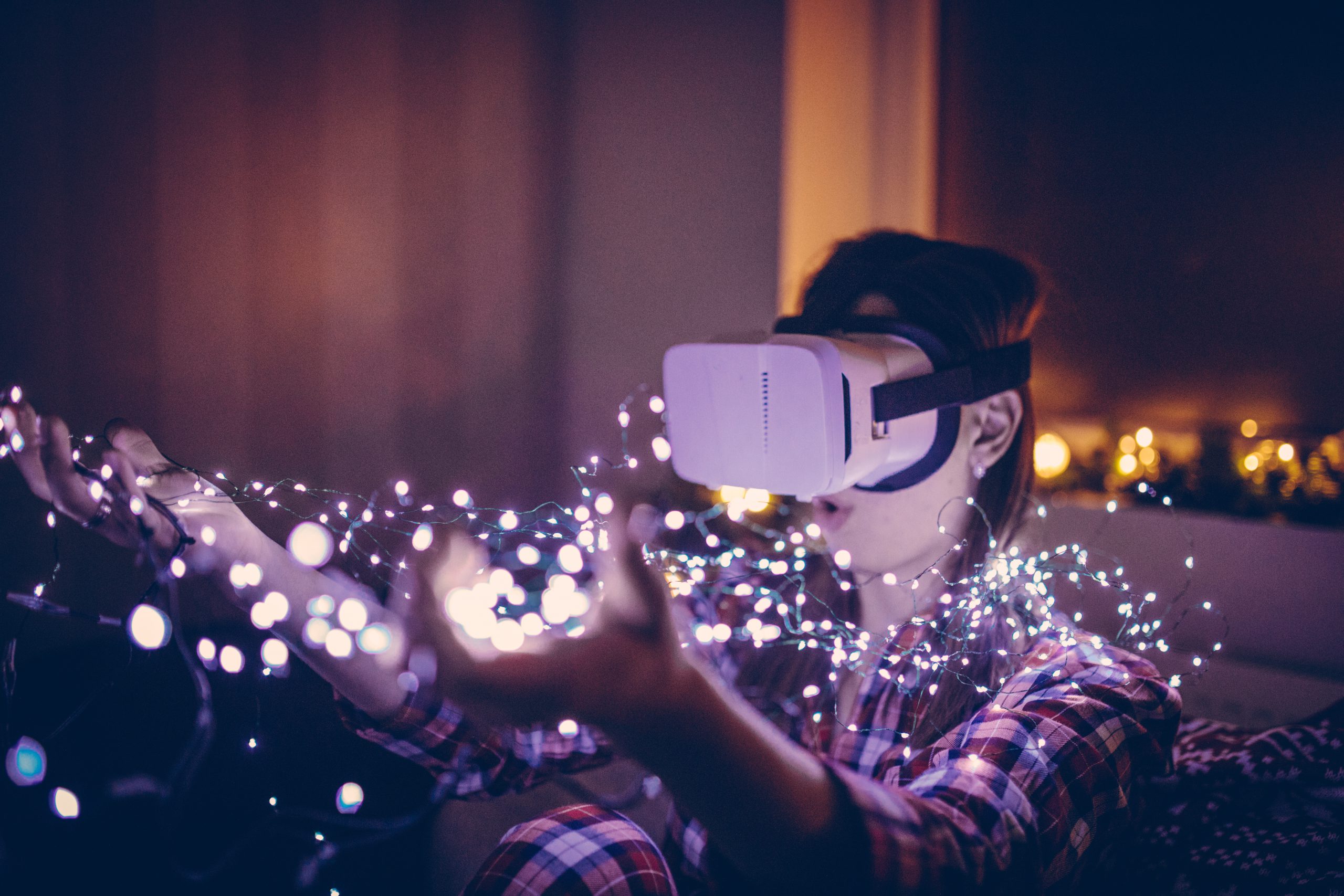 By Christian Burne | 29th November 2016 | Visualise
Categories: Applications,
Prior to Visualise, Christian dedicated most of his career too integrated brand strategy, with a specialization in creative technology. With over 20 years international experience, he’s worked in London and Dubai, leading multidisciplinary and multi-cultural teams at several independent creative agencies, as well as Global networks such as Wunderman, BBDO and Proximity.

As a means of transporting customers into new and deeply engaging brand and product experiences, there’s simply no other creative technology like virtual reality.

It’s the content/channel hybrid that no-one was expecting, and we’re still trying to tame. But what’s certain is that the medium’s unique ability to deliver brand narratives in previously unimaginable ways is already encouraging marketers to explore how they can use VR content to deliver more impactful online marketing.

From a content perspective, VR and 360 video is already pulling away for the peloton in terms of its ability to engage, move and connect with people.

In turn, it’s triggering new depths of all the efficacy markers brands seek: meaning, emotion, connectivity, interaction, talk ability and share of heart and mind. Leveraging this and understanding how and where to deploy VR and 360 video content across traditional online channels represents an immediate opportunity for brands and marketers.

Some purists might argue that 360 video isn’t VR; more a natural and innovative extension of online video – but don’t be fooled.

Whilst the creative and narrative rules might differ slightly from a full VR experience, when executed in the right way, 360 video delivers the same sense of magic, immersion and fascination.

As a channel however, the future is less clear. As reductionist as it sounds, VR’s efficiency as a channel – and by extension its potential effect on online marketing – has to be defined by the numbers it can reach.

And it won’t be until full VR starts to hit the necessary volume of unique users, that we’ll see a more robust and commercially viable VR channel-marketing eco-system open up.

So for the short to medium term, notable scale in VR is reached through distributing content across YouTube, Facebook, native 360 web players on brand-owned assets, and increasingly, via traditional native ad formats.

Given 85% of all new ad spend is predicted to be swallowed up by Facebook and Google, there’s plenty of reasons for brands to be excited about the future.

The core value of VR content lies in its ability to transport audiences to anywhere marketers want them to go, experiencing any part of the brand, product or service desired.

This involves collapsing traditional barriers such as scale, geography or logistical and technical complexity, to immerse people in exciting and unforgettable ways.

It gives 'access all areas' an entirely new meaning, forging deep and lasting emotional connections with customers that effortlessly translate into whatever behavioral KPIs they want to achieve.

By understanding and capturing the parts of a brands narrative that work best in VR, and deploying that content at the key inflection points across a customer’s online journey, staggering results await.

Certain sectors are seeing exciting online marketing disruption already, using this strategic approach to VR, with travel and tourism being a great example. Our work for Thomas Cook, where customers can enjoy short, immersive previews of key holiday destinations, either in-store or via the campaign mobile 360 app, has in some cases delivered 180% uplift in bookings.

Buying travel is highly emotive; what better way of harnessing that emotion than through immersive VR content deployed during the Dream and Explore stages of a travel journey?

How long will it be before we see VR and 360 video content as standard across platforms such as AirBNB, Mr & Mrs Smith or even TripAdvisor?

But travel is just one example. In fact any sector with a clearly defined customer journey and VR relevant narratives and experiences, has a significant opportunity to turbo-charge their online marketing performance. Film franchises for example, can add fully immersive, 360 story-telling content to their traditional trailer rounds (for an excellent example of this, look at the 360 shorts that Disney produced for The Jungle Book’s latest outing).

Automotive brands can turn traditional native ad formats into immersive test-drive experiences, or transport carefully qualified leads into a VR version of their latest TVC. Fashion, sport, luxury and real-estate all have incredibly rich streams of content, and precise customer pathways that are a powerful fit for VR.

At this crucial stage of VR’s development, it’s key for brands and marketers to begin on-boarding and treating VR and 360 video as a staple part of their core content mix.

VR as a channel

Once VR matures as a channel in its own right, online marketing will shift on its axis. But there’s some way to go on that front.

There are already several VR content channels and stores out there, but one could argue that the user numbers aren't there yet to stimulate the right levels of development and infrastructure work needed.

Understanding effective UX and UI in VR is just one of the many questions that need to be tackled in the future. This will eventually lead us to understand what a VR internet might look like, how we’d search it and how we’d be served and interact with advertising and content.

There is some head way, vCommerce is gathering moment using thanks to early plays from Ebay and Ikea, but again, the success of this new VR vertical will be entirely driven by the numbers.

How do we get there quicker?

Extending the features of existing online marketing technology is critical to supporting the ongoing integration of VR. Take SEO and search engine result pages as an example – couldn’t these start displaying 360 video and VR results as a separate tab much like images or video?

And when might we see brands’ digital assets that feature VR content be rewarded, with better ranking by Google (maybe I’m being biased)?

As with most existing marketing channels, ads and click through rates are the real money drivers and this should be replicated through VR as well.

The question is how sophisticated the targeting could become which, again, requires SERPs and ad servers to play a huge role in driving this forward.

I think we also need to remember that VR is just one of several technologies that will fundamentally change the way we engage and interact with information and digital content.

AR is another such technology, which will (a lot sooner than we think) begin to replace our reliance on screens. It’s at the confluence of all these technologies that the most seismic changes will occur, and by extension the biggest opportunities for brands and marketers.