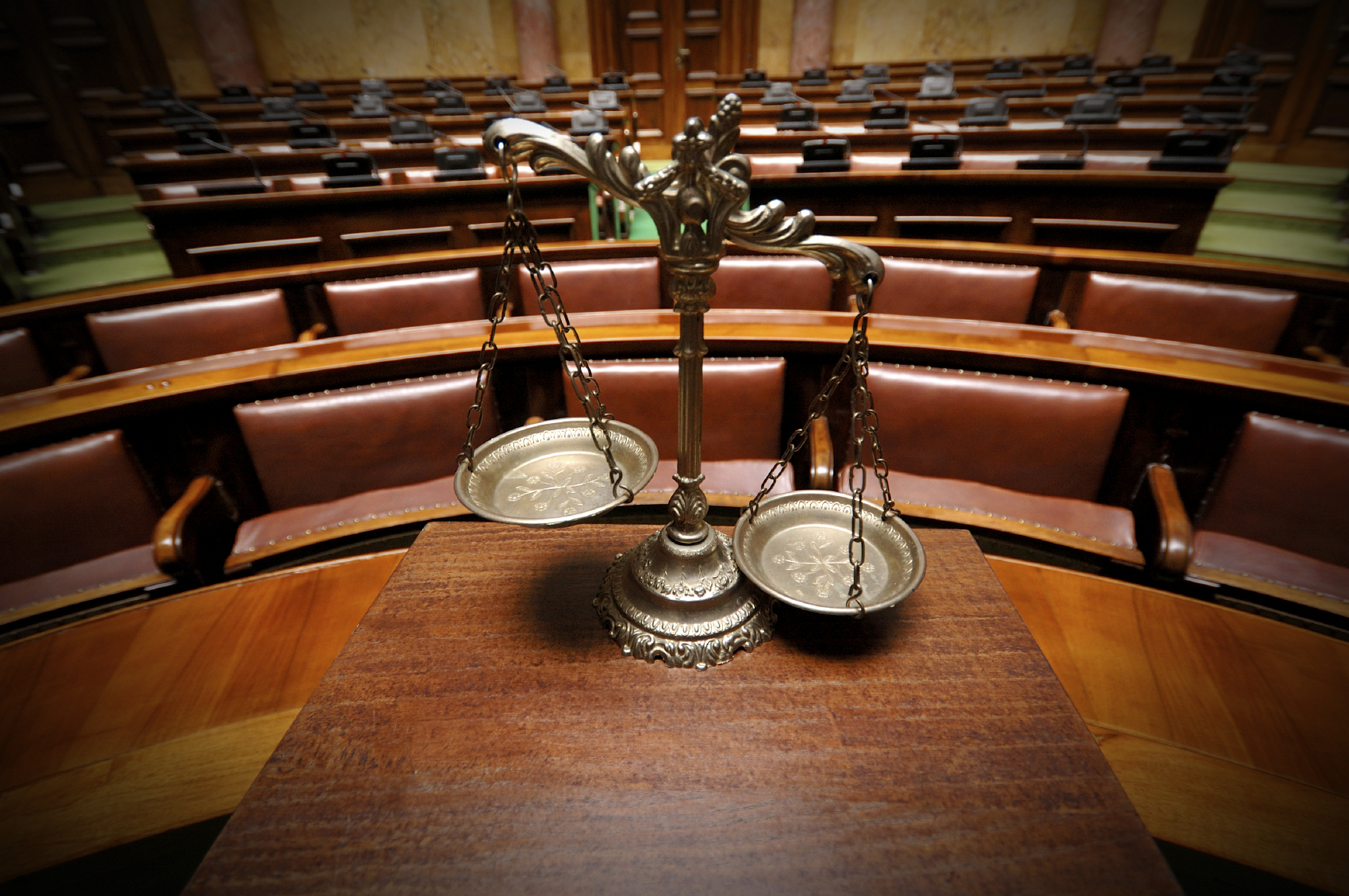 By Rachael Power | 25th May 2016 | VRTech http://www.virtualreality-news.net/
Categories: Devices, Regulation, Research,
Rachael Power is an editor at TechForge Media, writing about marketing tech, connected cars and virtual reality. She has written for a number of online and print titles including the Irish Times, Irish Examiner, accountingWEB and BusinessZone. Rachael has a passion for digital marketing, journalism, gaming and fitness, and is on Twitter at: @rachpower10.

The use of virtual reality in courtrooms “could happen within a relatively quick space of time” if it’s seen as being beneficial, according to a leading UK digital solicitor.

Peter Wright of DigitalLaw UK told VR Tech News the technology has the scope to make a significant impact in helping jurors come to the right conclusion in cases, as well as decreasing the time spent explaining complex information.

Law appears to be the latest sector to cast its eye on the use of virtual reality. This week, Staffordshire University’s Centre of Archaeology and Forensic and Crime Science department announced it had been awarded a research grant to develop new ways to record and present crime scenes via virtual reality. One of these would be to give jurors virtual reality headsets to enable them to ‘visit’ a crime scene.

The €182,000 grant will go toward changing the way in which concealed evidence is analysed at crime scenes and the two to three year long project will develop and apply novel digital recording methods from archaeology and games technology to complex criminal investigations. Leading the project is Dr Caroline Sturdy Colls, who is partnering up with Italian researcher Dante Abate and local police forces to trial the technology on live cases.

Dr Colls, an archaeologist specialising in forensics, has long since wanted to revolutionise the level of detail in which crime scenes are recorded.

“In my research based work there are lots of techniques which they use in other contexts that can capture historical archaeological sites and now crime scenes in high levels of detail. This hasn’t been adopted by the criminal justice system.

“It always surprises me we’re using these methods in historical investigation but in forensics there isn’t that level of detail afforded to recording crime scenes,” she told VR Tech News.

The team will be focusing on ensuring the data is “as good as it can be” to give jurors the real experience of a scene, and eventually trying to get it implemented in the courtroom. Dr Colls says she thinks it’ll be useful in “very serious” crimes, such as terrorist acts and murders – as well as for cases that need to revisit crime scenes years down the line.

Budgetary constraints on police forces are also an issue, so the project will also look at coming up with an affordable solution.

Speaking to VR Tech News about the project, digital solicitor Peter Wright said he believes transporting people directly to a crime scene would enable them to grasp sometimes quite complex concepts currently being communicated in complicated and time consuming ways in the courtroom.

“I think the positives could be immense. At the moment when you go into a hearing, particularly a criminal hearing, where you are trying to describe to a jury exactly what happened if you could transport them straight into a scenario, not only would it save time, it would allow certain arguments and concepts to be conveyed far more quickly, easily and efficiently than is currently the case.

“Many courts still function in this regard, where they are giving the jury huge ring binders of information with photos which can be varying in quality and relying on arguments from the counsel to persuade them as to what may or may not have happened,” Wright says.

Coming to the right verdict

While Wright is a solicitor himself, he too has been on the jury of quite a complex case – a corporate manslaughter trial – so knows the trials and tribulations of 12 people of different ages, backgrounds and professions coming to terms with complicated information.

“The trial lasted the best part of six weeks and required the court to go through health and safety issues around the use and operation of different types of equipment. For those who don’t work in that sector that’s a lot to get your head around. Even at the end of that it was very difficult to grasp the fundamentals.

“So that’s not the most efficient use of the court’s or the jury’s time. It doesn’t necessarily mean you’re getting to the heart of issues and sometimes even reaching the correct verdicts,” he says.

Wright adds that the use of technology such as virtual reality in these cases could be a “massive, massive enabler” in helping get to the right outcome and to use time more efficiently.

“A trial that could be lasting three to four weeks could instead last around two weeks. So then, the saving then to the public purse becomes significant,” Wright added.

According to a BBC article on the project, the headsets that could potentially be used would cost around £700. This doesn’t include the cost of training or recording equipment; but Wright still thinks “the trade off could be quite significant”.

“Once you start seeing the saving in terms of time that would then becoming the motivating factor. There be further savings around the CPS retaining or developing its own specialist team who go to a scene at the same time as the police to take recordings of the scene for use in a VR environment.

“To do this you would have to be confident in the skills of people doing it to know you’ll then get a fully worked construct you can use.”

‘It could happen quite quickly’

While it’s perhaps difficult to imagine a profession so steeped in tradition as adopting technology such as VR on a rapid scale, Wright says this isn’t as farfetched as it sounds.

“I think it’s also important to bear in mind this is probably the future. Okay, it might not happen as a result of this study but it could happen within a relatively quick space of time.

“For example In 2016, you could write an article about 20 years ago and how everyone thought it was crazy how email could be used in law firms and for exchanging evidence between courts, when within less than a 10 year period it became the norm,” Wright surmised.

Using VR to aid or replace the “barrage of evidence” in courtrooms when explaining, for example, how a car crash happened means it’s crucial this would have to be incredibly accurate – particularly in the case of reconstructions.

“It would only take something to be inaccurate by a couple of millimetres and that could have a huge impact in some cases,” Wright says. As mentioned above, Dr Coll has saidthe project will be working on ensuring its data is of very high standard.

In addition, Wright notes British courts are going through a change at the moment. There’s currently a consultation ongoing in relation to civil courts, which is looking at the concept of online courtrooms. The basis for this, Wright explains, is that you would be able to have all claims below £25,000 in value taking place on “an online forum of some sort”, where potentially the entire hearing would take place online.

However, public sector IT projects don’t always have the best reputation and can sometimes end up costing far more in time and money than first predicted. Other issues to having everything online includes assuming everyone is IT literate and has access to devices, as well as being comfortable using tech for such serious issues and having a full time power supply and good internet, Wright says.

But he adds virtual reality might actually fit into this new-world online landscape and could have the same savings “in terms of being able to describe the satisfaction of both parties using a VR model”.

So the verdict is that VR could work in explaining complex concepts to jurors, as well as fitting into the UK court’s move toward a more online world. It could save time, money and effort and in fact be adopted quite quickly if the Crown Prosecution Service sees enough savings.

But for now, we’ll be watching the University of Staffordshire’s project with interest.