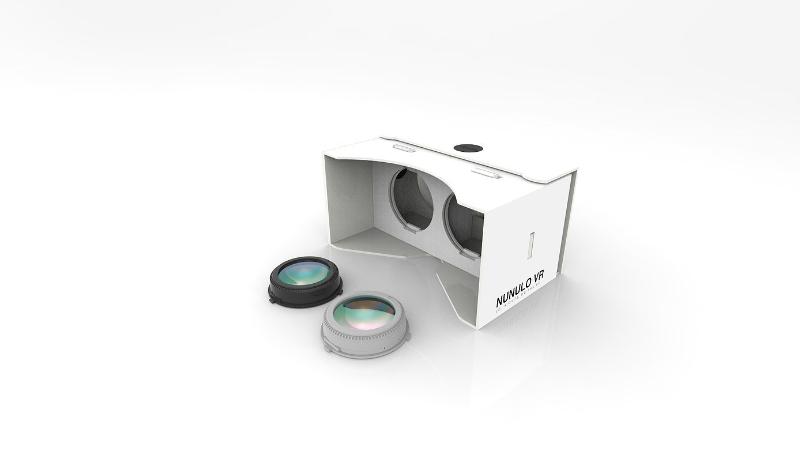 By Rachael Power | 21st July 2016 | VRTech http://www.virtualreality-news.net/
Categories: Hardware,
Rachael Power is an editor at TechForge Media, writing about marketing tech, connected cars and virtual reality. She has written for a number of online and print titles including the Irish Times, Irish Examiner, accountingWEB and BusinessZone. Rachael has a passion for digital marketing, journalism, gaming and fitness, and is on Twitter at: @rachpower10.

An optometrist has designed special lenses that he claims “significantly reduces” the impact of VR sickness.

James Kim, CEO and founder of NOONBit Inc, has been developing the Nunulo VR lenses since 2013, but has just launched the project on Kickstarter recently.

The effects of VR sickness are varied and similar to those of motion sickness; and it doesn’t always happen to everyone. But when it does occur, it means people find it extremely difficult to spend long periods of time in VR headsets due to nausea, dizziness and headaches.

After suffering from it himself, Kim left his job as an optometrist in 2013 and dedicated his time to developing the lenses he says solve the issue.

So how does it solve the problem?

What makes the lenses so different, is that they are adjustable to a user’s visual comfort – including those who wear glasses.

According to Kim, who explained the concept behind the lenses on Kickstarter, lenses used in VR devices are generally plastic convex lenses with low refraction.

“However, these lenses can harm users’ eyes since the refraction is applied to every eye identically without much consideration for unique eye conditions or visual circumstances. The quality of traditional VR lenses is not even comparable to that of regular glasses.

“The Nunulo VR lenses are designed to maximise the 3D effects of virtual reality by enhancing the sense of space. They are different from conventional convex lenses because the lenses magnify close-range displays to generate a full and holistic view.”

The lenses are adjustable due to three methods of enhancing the clarity of VR content. These include:

The lenses are also wide-angled and have a multi-coating, with anti-reflective function offering a high resolution VR image. The company’s working on more advanced functionlaity in other lenses, such as electromagnetic wave blocking features and more.

Smartphones with display sizes between 4.0 and 6.0 inches are compatible, as is standard VR content.

Are you a VR sickness sufferer – and will you be buying a set of lenses?