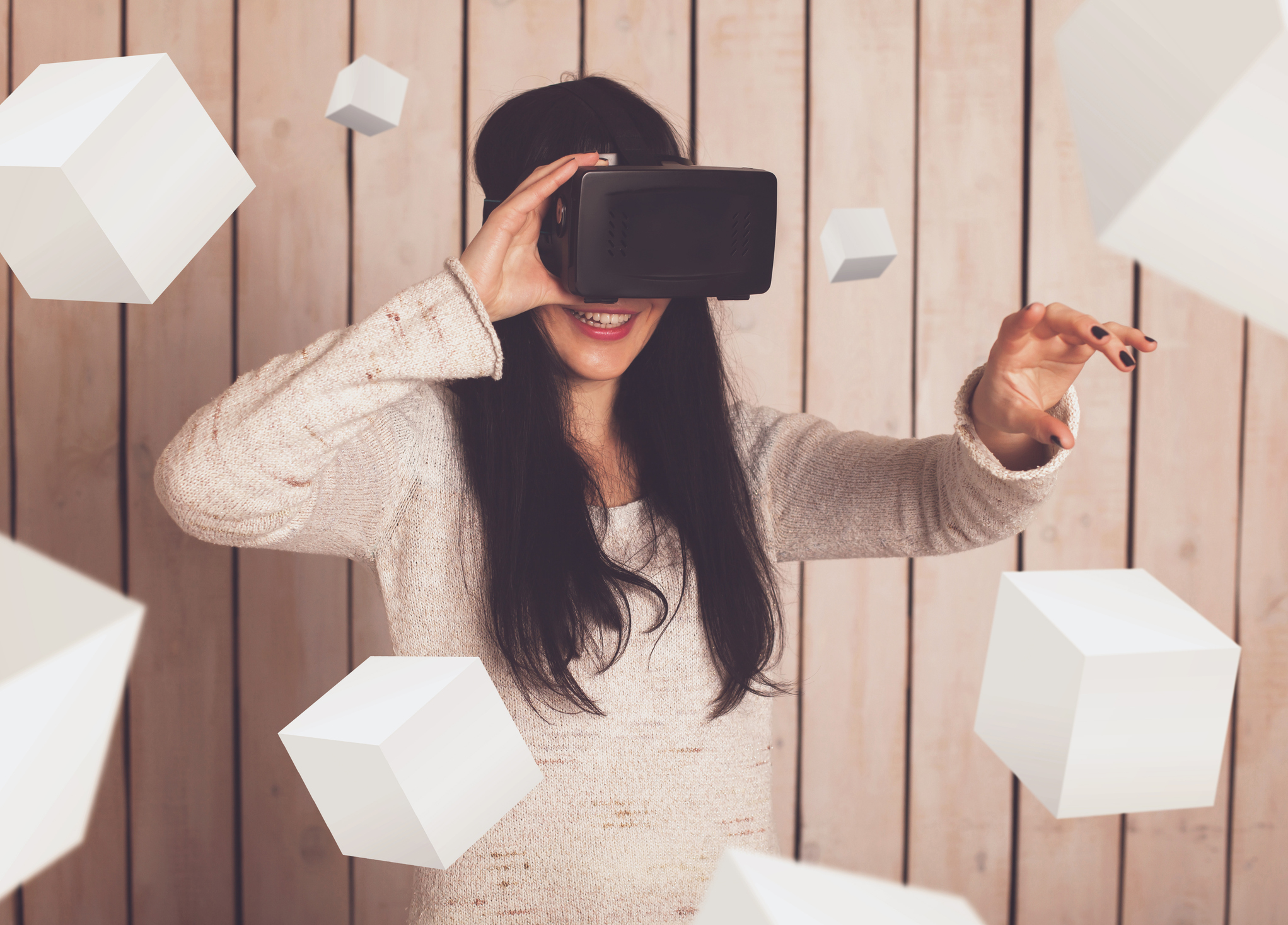 By Rachael Power | 21st December 2016 | VRTech http://www.virtualreality-news.net/
Categories: Advertising, Applications, Brands,
Rachael Power is an editor at TechForge Media, writing about marketing tech, connected cars and virtual reality. She has written for a number of online and print titles including the Irish Times, Irish Examiner, accountingWEB and BusinessZone. Rachael has a passion for digital marketing, journalism, gaming and fitness, and is on Twitter at: @rachpower10.

VR has done so much over the past 12 months. Countless papers have been published celebrating its potential for helping people with everything from paranoia and anxiety, to overcoming arachnophobia and a fear of heights.

But it gets even better than that; there’s evidence of it helping paraplegics in rehabilitation, helping patients in hospital to overcome pain and even in rehabilitating prisoners. The potential of this life-changing technology is just beginning to surface and we’re really pleased to be at the beginning of this sea change.

With this in mind, we asked 10 VR experts for their take on what’s coming up in 2017: What we can expect to see more of, and where the technology will go. We already know that bigger and better things are coming: new smartphones and tech equipped with chips to support enhanced mobile virtual reality, potentially even tetherless high-end as well as more affordable VR – and more:

1.  Hype will fade, legitimacy will set in

According to Vishwa Ranjan, head of augmented and virtual reality at Infosys, hype around VR will die down – but this is a good thing.

“Next year we’ll see companies view AR and VR as legitimate technologies that they should be researching and investing in, rather than tech fads simply tied to games and entertainment. And while gaming will remain an important pillar for the industry, next year companies will move towards AR and VR for enterprise – and customer – implementations as they realise its potential to transform our day-to-day interactions, our work and our processes,” he told VR Tech.

However, wider adoption won’t be until we have better and more affordable hardware on the market as well as find that ‘killer app’, he added.

“In 2017, we will overcome this hurdle. 360 video (pre-recorded or live) based apps will be the initial drivers of these content-driven technologies with focus on surveillance, collaboration, and telepresence.”

Hamza Abbas, business development manager for Andrew Lucas Studios, said he thinks there will be a rise in enterprise-based, custom-designed VR content in the New Year.

“From virtual showrooms and property developments to the classroom and operating theatres, there is a growing demand for custom VR content as a knowledgesharing tool that allows users to interact with a wholly immersive environment.

“Much of this demand is fuelled by more accessible VR systems being introduced to the market. One such system is Google Daydream, an Android-based, open-source platform for mobile VR. With so many new platforms and headsets on the market, content creators will be crucial to ensure that the VR market lives up to its potential next year.”

3. It’ll be used more in healthcare

According to Jay Iorio, director of innovation for IEEE Standards Association, there’s huge potential to be found in VR – particularly in healthcare.

“VR’s most revolutionary potential might lie outside entertainment. In 2017, one such area could be healthcare. A variety of health-related VR work is underway, and there has been startling success in using VR to treat patients suffering from anxiety disorders,” he said.

“VR, when informed by recent scientific insights into the brain and mind, could become a routine element in numerous areas of healthcare, from improving surgical outcomes to pain management to applications not yet imagined.”

Hezi Saar, Synopsys, member of the MIPI Alliance Board of Directors told VRTech that VR and AR SoC’s will integrate more capabilities, such as transmitting and receiving multiple high-resolution images from various sources.

“For this reason, designers must find the optimum architecture to integrate high-resolution camera and display interfaces in their designs. Utilising the same design architecture found in smartphones is no longer considered optimised for virtual/augmented reality applications.

“SoCs for such applications leverage the MIPI Alliance camera and display interfaces to meet today’s low power consumption and performance requirements,” he said.

Alex Comyn, Chief Strategy Officer at digital marketing specialists Amaze told us that an increase in AR increasing its role to bring content, services and interactions to consumers.

“The very nature of AR, overlaying the real world with digital content, is a more impactful way to interact with a customer in a physical space and show them a wide range of products.

“Consumers will be able to see anything they want, from any source, with sales consultants presenting the product to them there and then without it being in the room.”

Of course, we’re expecting to see some kind of VR release from Microsoft around Xbox and its Project Scorpio, as well as maybe even a new Samsung Gear in 2017.

According to operations lead at Make Real, Sam Watts, we can expect to see “multiple wireless VR adapters announced and released too.”

This is a point that Richard Wormwell, head of 360 production at dock10 echoes.

"Another ‘controller’ hitting the shelves next year is the Fove Headset. Fove feature eye tracking technology allowing the user to naturally shift focus and control content with accurate 1/20th of a degree gaze technology. The next round of mobile HMD’s could feature both real time hand and eye controllers making the whole experience much more immersive and natural," he said.

"For those wanting to experience VR as a passive form of entertainment, keep an eye out for Starbreeze, who have developed a 210 degree FOV headset, Star VR. It has done a deal with Imax and is planning to open up theatre style ‘pods’ where you buy a ticket to watch cinematic VR movies."

According to the managing director of Virtual Umbrella Bertie Millis, Twitter will finally integrate 360 photos and video onto the platform in 2017, so people can post without a problem.

“Twitter will also background check before hiring another project lead for VR,” he added, before also predicting that Oculus won’t get a new CEO in 2017.

“It’ll be placed under the management of “Facebook CTO or something similar,” he told VRTech.

“Technology and imagery are converging at an apex that will take the power of storytelling to an infinite level. In harnessing VR, brands will effectively immerse us in their story, developing highly emotive shared experiences that will extend the consumer’s connection to a brand beyond its products and services,” it said.

9. It’ll be used as a marketing personalisation tool

Jamie Merrick, head of industry insights atSalesforce Commerce Cloud said that tech such as AR and VR would be built into “digital concept stores – tying online, mobile and in-store channels together and bringing customers one, unified experience.”

“This personalised approach will mean shoppers can find the product they want and from the home, to visualise how it will look or fit. As we’ve seen with Singles Day in China this year, the east is leading adoption of these technologies, complemented by a demographic keen to augment and virtualise their everyday experiences.

“In the months ahead we’re likely to see other countries in this region showcase best-in-class examples of bringing innovation to market in this space,” he said.

According to game designer Byron Atkinson-Jones, before wireless VR makes itself a permanent feature, you will need to watch out for that lead.

He predicts a “…higher rise in VR related accidents (people falling over, eyes damaged by HMD lenses etc..) but hopefully no strangulations.”